With three runways, more than 300,000 aircraft movements a year and a wide range of aircraft, Sydney Airport is a great location for plane spotting. Our proximity to the city means that photographers can capture great shots of aircraft with the city, Port Botany or Botany Bay in the background. 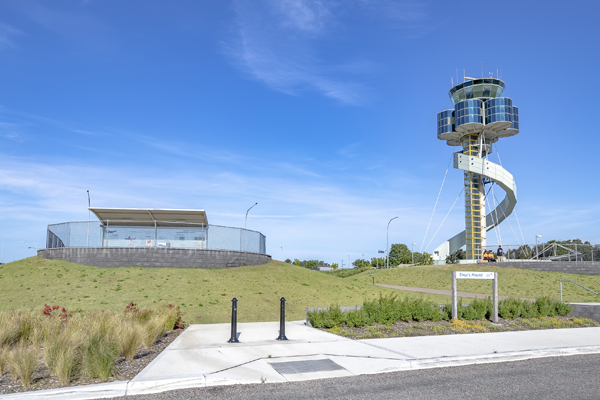 There are a range of great vantage points for aviation enthusiasts around our airport:

Maps to these locations can be found here.

Any vehicle, step ladder, camera equipment or any other object that may facilitate a breach of airport security must be at least three metres from the perimeter fence at all times.

We operate Airport Watch in partnership with the Australian Federal Police. If you see any suspicious behaviour, persons, vehicles or items, report them to 131 AFP (237). All of our runways are 45m wide, however only the main and east-west runways can accept the largest aircraft at Sydney, the A380. Our third runway can accept all other aircraft types that frequent Sydney.

On our main runway, there is a six-metre difference in elevation between its highest and lowest points.

Both of our north south runways have High Intensity Approach Lighting, and are 1037m apart.

At nearly 4km long, Taxiway Alpha is the longest taxiway at the airport. It's the primary taxiway on the western side of the main runway, servicing the international terminal and full-length departures off Runway 34L. For noise abatement purposes, all jet aircraft must use the full length of Runway 34L for departure.

Taxiways Bravo and Charlie are the two main north/south taxiways on the domestic side of the airport and also provide access to the third runway precinct.

Taxiway Tango is the primary taxiway serving the third runway.

Taxiway Golf runs the full length of Runway 07/25 and is the primary taxiway servicing that runway.

Each aircraft is allocated a unique registration code similar to a licence plate for a motor vehicle. All Australian aircraft (Qantas Airways, Virgin Australia, Jetstar Airways and Regional Express) have the registration VH, followed by three letters. Some airlines add an identification mark to their aircraft to identify them within the fleet. These can be represented in numeric or alphabetical form.

The taxi from Qantas Bay 1 to the Taxiway Tango-6 holding point is 5.1km, which may be the longest domestic taxi route in Australia.

All taxiway entry points with runways at Sydney Airport have red stop bar lights as an additional safety measure to help prevent runway incursions by aircraft and vehicles.

An upgraded High Intensity Approach Lighting System was installed in 2013 on Runway 16R/34L and Sydney Airport received certification for Cat II landings in fog and adverse weather conditions from the Civil Aviation and Safety Authority in 2014.